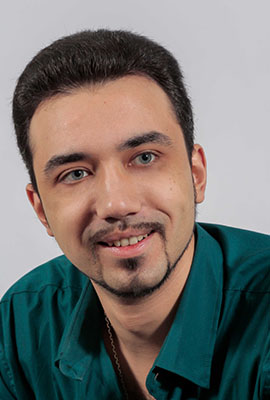 Made his debut in Wiener Staatsoper in 2016 in Three Sisters by P. Eotvos and Romeo and Juliet by C. Gounod. Was born in Mykolaiv, Ukraine.

First studied violin for 7 years in the music school. Continued his studing in the music college, where studied choral and symphonic conducting. Finished Odessa National Academy of Music in 2010 like classical singer, in the class of professor, Polivanova G.A.

Now works as a soloist of the Odessa National Opera. At the same time works as guest soloist and performes in Germany, Austria, Netherlands, Belgium, Switzerland.