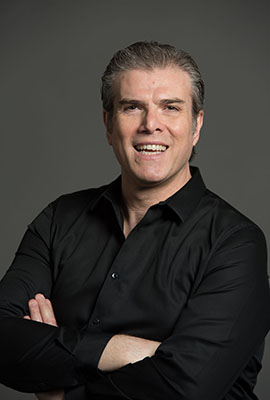 LORENZO DECARO was born in Noicattaro (Bari) and began to study music (clarinet and saxophone) as a young child. He performed regularly with a traveling band from the age of 10. At the age of 24, he became interested in opera, and discovered his passion for singing.

He has debuted the following roles:

He reached the finals in the International Singing Contest “Città di Brescia 2006” (Baritone Giorgio Zancanaro was Foreman of the Jury).

He recently took part in the Gala Lirico at the Philharmonic Theatre in Verona, with great personal success. He debuted with huge success among the public and critics, in the role of Des Grieux in Puccini’s Manon Lescaut at the Teatro Comunale in Modena and the Teatro Municipale in Piacenza. In the wake of this success, the Teatro Carlo Felice in Genoa booked him to take the role of Cavaradossi in Puccini’s Tosca. It was such a success with the public, especially the second performance, that he was called to encore the famous aria in the third act.

Immediately after this success, he was invited to play the same part in the staging of the Tosca at the Teatro Grande in Pompei, a special event included in the Campania Teatro Festival 2010.

Since 2010, the artist has been featured in principal roles at several venues:

• Debut on April 22th 2012 at the Teatro alla Scala di Milano, as Cavaradossi, in

• Cherubini’s MEDEA at the Theatres in Cremona, Como, Pavia and Brescia

• MANON LESCAUT at the Philharmonic Theatre in Verona

• NORMA at the Theatre G. Verdi in Sassari and Opera of Rouen

• TOSCA at the Teatro Regio of Torino

• CAVALLERIA RUSTICANA, in the Fortezza del Priamar, for the Opera Theater Giocosa in Savona

• I PAGLIACCI, with Metropolitan City of Bari orchestra and with the Politeama Theater of Catanzaro

• MEDEA and Gala Concert, at Al Bustan Festival in Beirut

In recent years Lorenzo Decaro has taken part in the following concert performances:

• Beethoven’s Symphony No. 9 in Milan, Italy and with the New Jersey Symphony Orchestra (USA)

• REQUIEM by G. Verdi, in the cathedral of Modena, to commemorate the great Luciano Pavarotti, ten years after his death